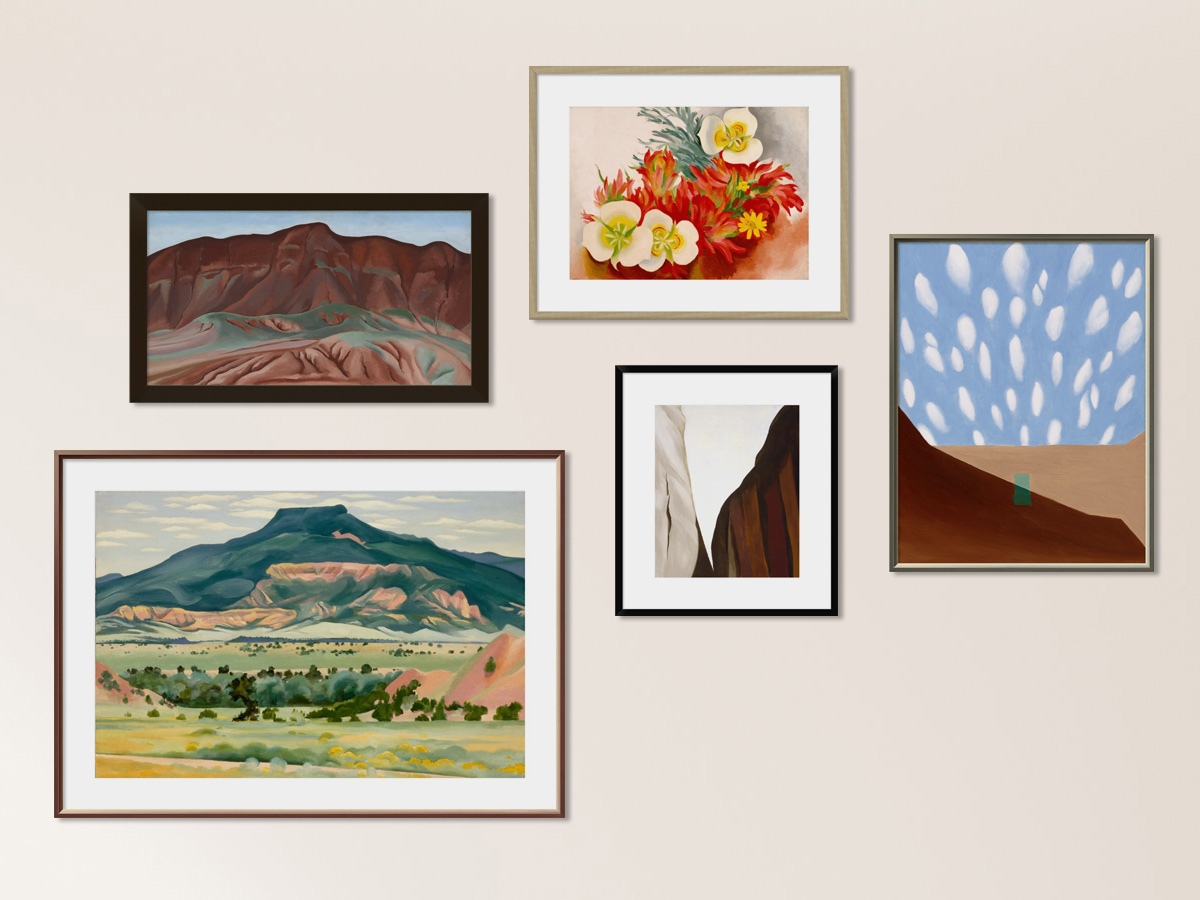 Explore O'Keeffe images inspired by her time spent in the high desert of Northern New Mexico. All prints are available in a range of sizes and frame styles printed on high-quality paper or canvas.

Georgia O’Keeffe first visited the village of Abiquiú (pronounced Ah-bih-cue) in 1931, and nearly two decades later made it her permanent home. Though best known for her paintings of flowers, abstractions of nature, and New York cityscapes, it is her depictions of the New Mexico landscape that most powerfully evoke a sense of place. Passing through New Mexico in 1917, O’Keeffe was drawn to the stark beauty of the land. She returned for the summer of 1929 and regularly thereafter, working in Taos, Alcalde, Abiquiú, and Ghost Ranch. 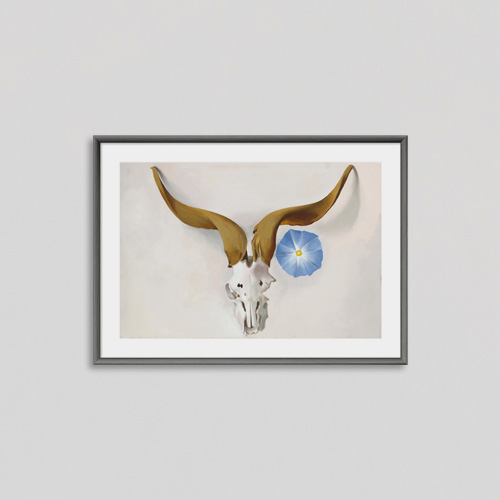 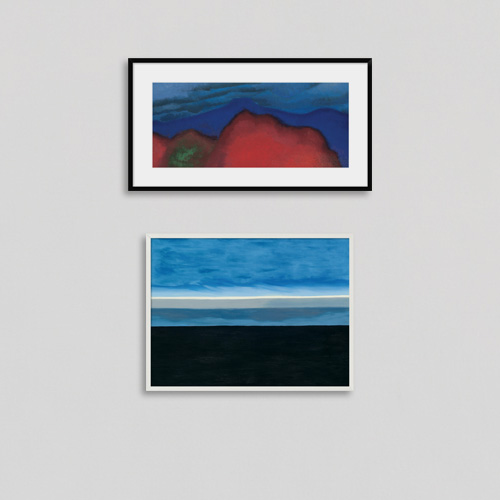 Georgia O’Keeffe maintained two homes in Northern New Mexico. Her summer house, twelve miles from Abiquiú, sits on 12 acres at the edge of a 21,000-acre property called Ghost Ranch. When O’Keeffe purchased the parcel in 1940, the greater Ghost Ranch operated as a dude ranch—a destination for visitors and tourists. Today, Ghost Ranch is a retreat center operated by the Presbyterian Church and still welcomes visitors. Though breathtakingly situated, O’Keeffe’s Ghost Ranch home was not suitable for her to live in year-round. O’Keeffe purchased a larger home, in the village of Abiquiú, for its well-irrigated garden and the comfort it offered in winter. While both houses are owned by the Georgia O’Keeffe Museum, only the Abiquiú Home and Studio is open for public tours.

The 5,000-square-foot compound was in ruins in 1945 when she purchased the home from the Catholic Church. For the next four years, O’Keeffe supervised its restoration, which was carried out by her friend, Maria Chabot. O’Keeffe finally made Abiquiú her permanent home in 1949. The special character of the property, a quiet sanctuary from which to draw inspiration, perfectly suited O’Keeffe’s needs. O’Keeffe lived in the home from 1949 until 1984. She died in Santa Fe on March 6, 1986, at the age of 98. The O’Keeffe Home and Studio was designated a National Historic Landmark in 1998 and is now part of the Georgia O’Keeffe Museum. 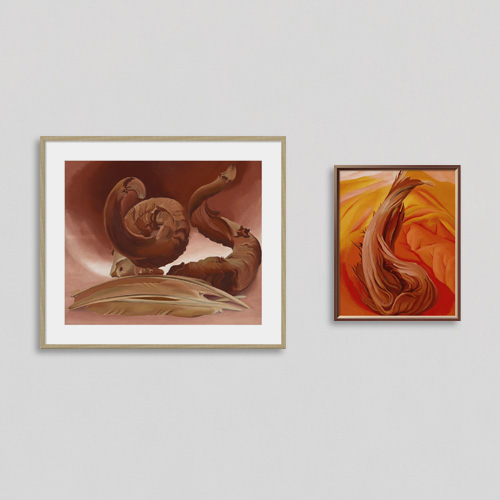 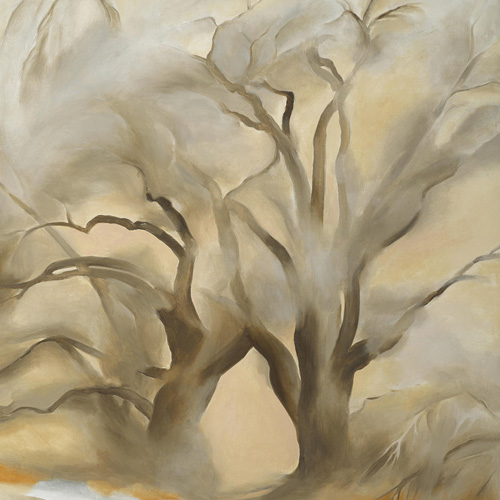 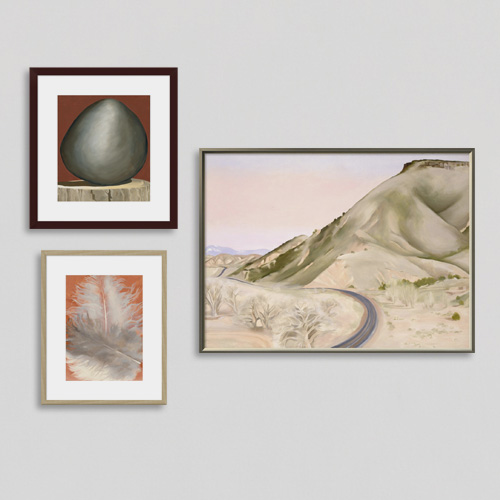 O’Keeffe’s home in Abiquiú reveals her commitment to design and the aesthetics of her surroundings. Traditional adobe structures are found throughout the region, but O’Keeffe made her home distinctly modern, with abundant natural light, updated amenities, and midcentury modern furniture. She also decorated it with rocks and bones from her collection, and cultivated a garden that provided food for her and her guests. O’Keeffe may be one of the region’s most famous residents, but she is just a part of the larger human story that has unfolded in this valley over thousands of years. Rich in history, this land continues to fascinate and inspire all who see it.